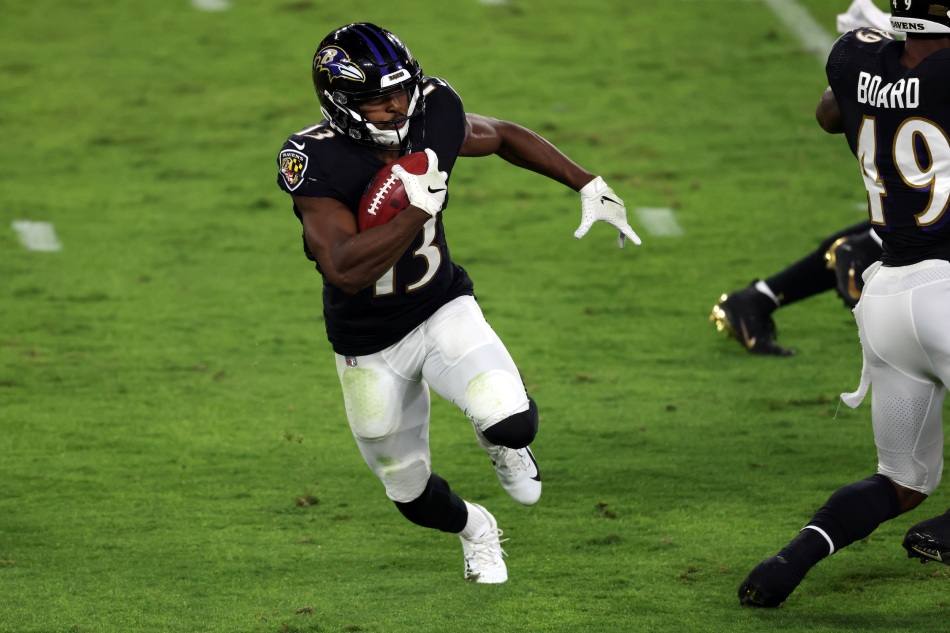 Injuries, surprise performances, and question marks have us all needing to look at the waiver wire after week 1. The players on this list are currently rostered in less than 75% of leagues in normal redraft formats.

It was apparent that James Robinson was the starter in Jacksonville after he received the bulk of the carries. We expected with his off season recovery, Robinson would need more time and rest with Etienne who’s been tested since last off season could take the lead which he was drafted to do. Etienne did impress with nearly 12 yards per carry but that was on a whopping 4 touches. This volume has us fading Etienne and picking up Robinson instead.

With Marquise Brown traded to Arizona, the receiving group in Baltimore is a bit of a question mark after Mark Andrews. Sophomore Rashod Bateman is set to take over as WR#1 but he had a rather disappointing rookie season. Bateman appeared to be a deep threat for the Ravens while Duvernay was getting more of the short targets along with Andrews. In PPR formats, we think Duvernay is worth a bench spot for now, especially after catching all 4 targets thrown his way on Sunday with 2 of them going for touchdowns.

After a brief stint in Indianapolis, Carson Wentz was traded to the Washington Commanders giving them an upgrade at quarterback. This upgrade was apparent right off the bat as Wentz threw for over 300 yards and 4 touchdowns. Wentz spread the ball out across a high amount of players which makes us concerned if we owned a positional player on this team who he’ll favor each week, but Wentz’s production is definitely streaming worthy with favorable matchups against the Detroit Lions & Philadelphia Eagles ahead.

The Julio Jones we saw in Atlanta is back! After an injury riddled year in Tennessee, Jones signed with the Buccaneers to pair up with the legend Tom Brady. Any offense led by Tom Brady is going to be pass heavy with plenty of opportunities for multiple receivers to play well. It’s why we saw Evans & Godwin both perform at a Pro Bowl Level for years. With Godwin reinjuring himself during week 1, the Buccaneers will take extra precautions with him and he should sit out at least a month or two. To give him his rest before the playoffs, Julio Jones is trending up as Brady’s #2 target alongside Mike Evans.