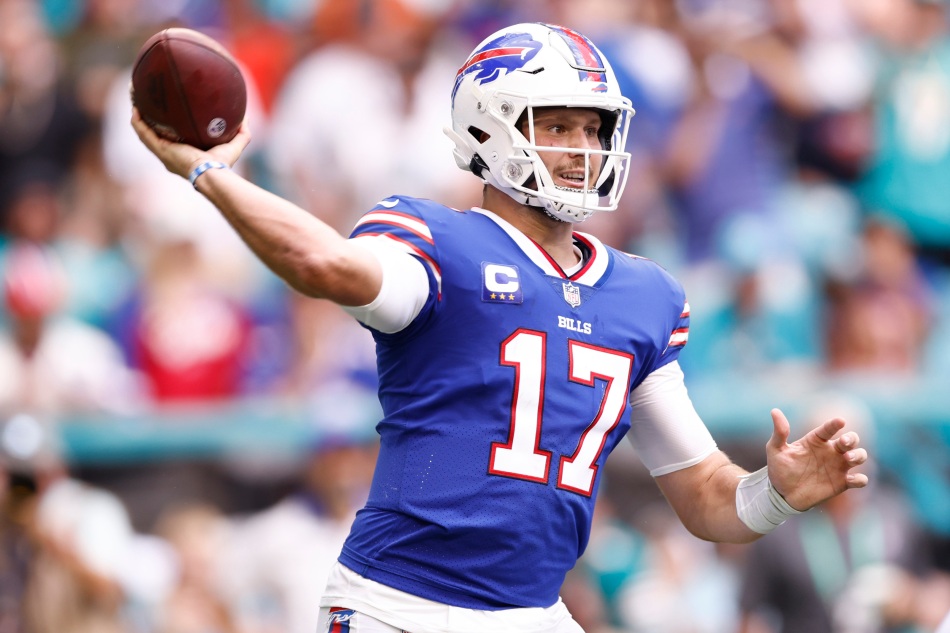 The NFL Season is finally upon us and we are excited! Week 1 has rivalries, potential Super Bowl matchups, and then quarterbacks facing old teams. Week 1 is going to be a great start to the year and we’re breaking down on how each game will play out.

The  reigning Super Bowl Champions open the season with a matchup that very well may end up being this season’s Super Bowl teams. The Buffalo Bills who enter the season as one of the favorites along with the defending champs in the LA Rams. This will be an exciting matchup as not only do both teams have top offenses, but defenses as well. Anything can happen and this could be good foreshadow of who might win the Super Bowl this year. We’re going with the Rams in a shootout.

For the first time in what feels like forever, we will watch a matchup with the New Orleans Saints and the Atlanta Falcons against one another that does not feature either Matt Ryan or Drew Brees. Both teams futures aren’t looking super bright, but we like the Saints to prove they’re the 2nd best team in the NFC South in this one.

Both teams in this matchup drafted rookie quarterbacks in the 1st round while having a veteran quarterback on the roster and going through a rough patch of veteran & the rookie playing. This year, both Trey Lance & Justin Fields will be opening the season as the week 1 starters. Thankfully for Lance, he’s protected by the left tackle, has a Pro Bowl receiver and a talented defense that will carry him to victory in Chicago.

What better way to start a season for the Super Bowl runner-ups to play their arch rival at home. With Big Ben retired and Cincinnati being the top dog in the AFC North, this is going to be all Who Dey nation on Sunday.

New Lions head coach Dan Campbell has been earning the trust of not only the fans, but the players as well. The energy he brings is giving them hope for this season and their week 1 matchup against Philadelphia. Unfortunately, the Lions can’t escape their curse and will start the season off winless once again.

The new look Miami Dolphins have been the place to go for players this off-season from the trade for Tyreek to signing of Terron Armstead. The only thing hotter than how the Dolphins are looking is that Miami Heat they’ll be facing the Patriots at. Dolphins fans have a lot to be excited about, especially when it comes to them knocking down the dreaded New England Patriots at home.

In disbelief to us all, Joe Flacco, the once “is he elite, is he not elite” quarterback will be facing his former team in the Baltimore Ravens. Flacco has primarily held the backup role during his tenure with the Jets, but he steps up to the plate to face his old team while Zach Wilson recovers from an injury. Regardless of who is playing quarterback for the Jets in this game whether Zach Wilson could if he was healthy, the Jets are going to be stomped on by the Ravens.

Both Jacksonville and Washington fans don’t want to relive their 2021 seasons and are hopeful for a fresh start this year. New faces in town for both bring new life to woeful franchises, but with the better talent in Washington, the edge goes to them in this one.

For 2 teams headed in the wrong direction, we are looking forward to watching Baker put on a clinic against his old team who will regret moving on from him.

With one of the best running backs, offensive lines, and defenses in the NFL, the Colts easily will manhandle the Houston Texans who have already thrown in the white flag before the season begins.

This is a prove it season for both Daniel Jones and Ryan Tannehill who’s jobs are on the hot seat. Thankfully for both quarterbacks, they have a good running back to get them out of trouble, but the Titans have the better defense and will stop the Giants from gaining the momentum to win.

In his 1st game following the trade of Davante Adams, Aaron Rodgers is kicking it into high gear with a tough divisional matchup on the road. Rodgers has won back to back MVPs for a reason, but how will he fare without his top option? Kirk Cousins, a mediocre quarterback with an elite running back and receiver in Dalvin Cook & Justin Jefferson has a better chance of throwing more touchdowns than Rodgers in this game. We expect to see a few Griddy’s in this one as the Vikings take the early lead in the NFC North.

Mahomes is playing without Tyreek Hill, but thankfully for him unlike Aaron Rodgers, he has another elite option in Travis Kelce to get the job done. The Cardinals will be missing a few key players in this game including DeAndre Hopkins who is serving a suspension to start the year. With the frustration between Kyler & coaching staff, we think there will be a lot of tension in this game that could help fuel the reason why Kyler should have more power calling the shots. We like the Chiefs on the road as Arizona goes through internal troubles.

In the regular season finale, the Las Vegas Raiders narrowly knocked down the Chargers in a thriller with some questionable play calling for the Chargers. The Chargers lost it on the defensive end and couldn’t keep up. The Chargers heavily invested into rebuilding that defense this off-season bringing in 2 of the top players at their positions in JC Jackson and Khalil Mack who should help the Chargers get their revenge on the Raiders for knocking them out.

With this schedule, the Cowboys are probably wishing the goat stayed in retirement. But Tom Brady comes back which poses a major challenge for the Cowboys who continue to choke during the games most crucial moments and this weekend won’t be any different.