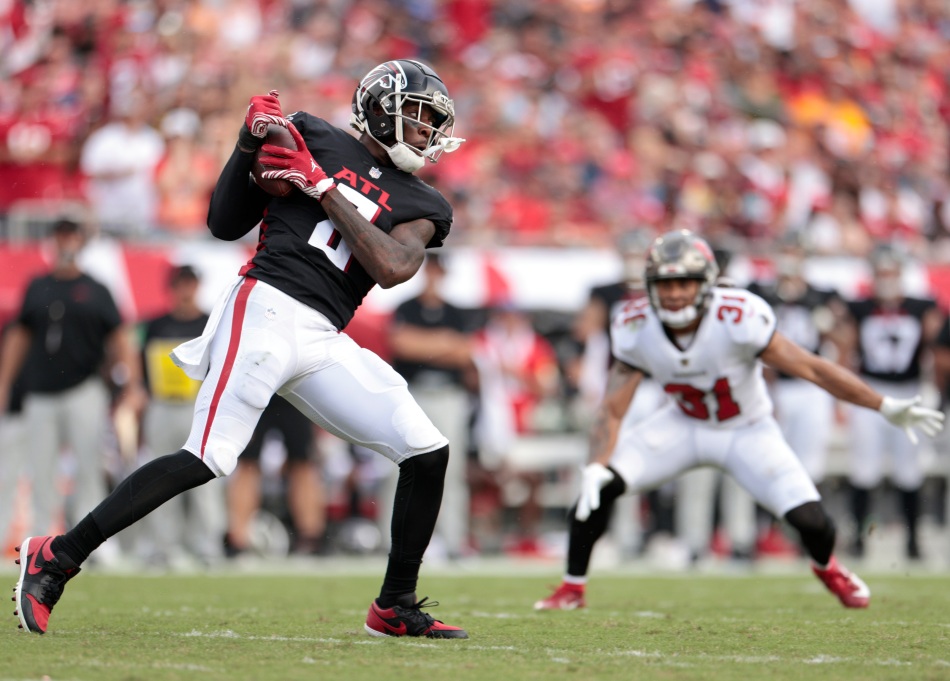 George Kittle is in luck as the Packers have been awful against tight ends this season allowing 3 touchdowns combined between Juwan Johnson and TJ Hockenson. George Kittle had a quiet week 2 against a better defense in the Eagles and is looking forward to bouncing back in a high scoring matchup against the Packers. Kittle should end up being a lock most weeks, but after his quiet first 2 weeks and the QB situation, we all have had our doubts.

Atlanta is worse than we all thought they were going to be. We knew they were going to miss Todd Gurley and Julio Jones, but we didn’t expect this much. Atlanta has their first matchup of the season where they have a shot at being somewhat competitive as they played the defending Super Bowl Champions and a rising team in the Eagles. This should allow for more opportunities to pass strategically rather than just to get back in the game when they are down. This is what will be most impactful for Kyle Pitts to have success.

The Broncos have a nice draw of luck as they have a very high chance of starting 3-0 with another easy matchup against the New York Jets. The easy start has allowed Bridgewater to get in the swing of things and start meshing with the receiving corps in Denver. Fant is one of Bridgewater’s favorite targets along with Sutton and we expect both to have good games this upcoming Sunday.

Higbee is a fantasy rollercoaster of a player with plenty of upside but the negatives outweigh the good. Higbee is coming off one of his better games which means it’s time to sit him. We know the Bucs defense is a tough one to face, despite allowing more points than the average team. With the connection that Stafford and Kupp have built along with Robert Woods, we don’t expect Higbee to be seeing as many targets in this one.

Jalen Hurts is looking like a potential top 10 fantasy quarterback on the season. He’s been good, but a little bit too good for Goedert’s liking. Hurts has done an excellent job of spreading the ball around and everyone is getting a slice of the pie. This isn’t great if you are a fantasy owner of Goedert or even DeVonta Smith, but it’s allowed Hurts to develop and the Eagles to actually look like a potential playoff team.